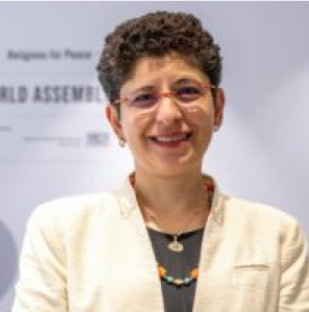 Leilani Münter is an environmental activist, documentary filmmaker and is considered one of the top ten female race car drivers in the World (Sports Illustrated). Discovery’s Planet Green named her the #1 eco athlete in the world and ELLE Magazine awarded her their Genius Award.

In 2007, Leilani began adopting endangered rainforest to offset the carbon footprint of her race car and she protected over 1500 acres of rainforest during her racing career. Leilani is on the board of the Oceanic Preservation Society, the Academy Award winning filmmakers behind The Cove. She was featured in their Emmy-nominated film Racing Extinction.  Leilani is on the board of the solar non-profit Empowered by Light, a patron of Population Matters and an ambassador for Ric O’Barry’s Dolphin Project. 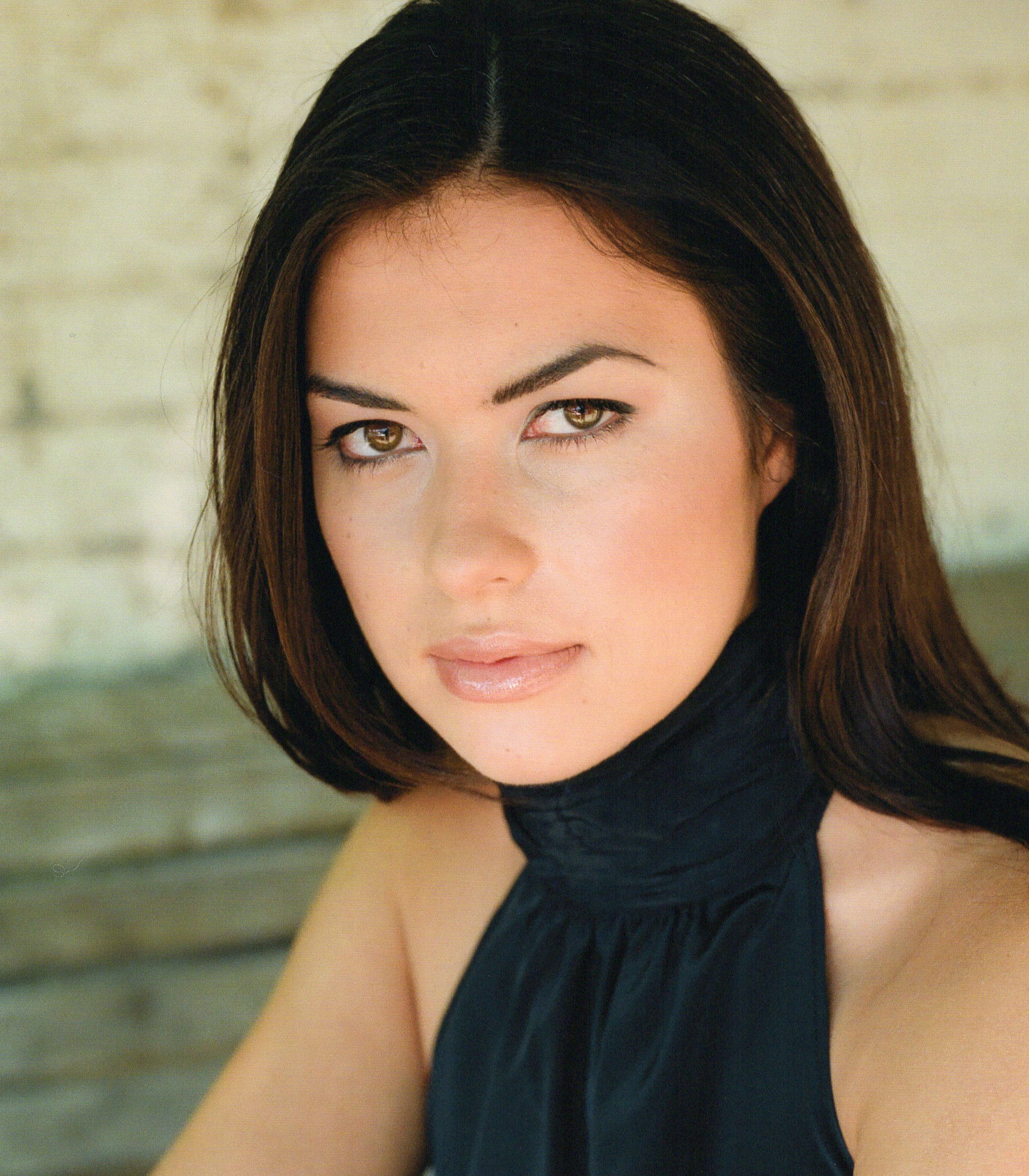 Bartholomew is the 270th successor to the Apostle Andrew and current archbishop of Constantinople-New Rome and Ecumenical Patriarch since November, 1991. He is first among equals in the Orthodox Church and spiritual leader of 300 million Orthodox Christians worldwide.

His efforts to promote religious freedom and human rights, his initiatives to advance religious tolerance and dialogue, as well as his efforts to promote the protection of the natural environment, have placed him at the forefront of global visionaries of reconciliation and earned him the title “The Green Patriarch.” Time Magazine has listed Bartholomew as one of the “100 most influential people in the world.” 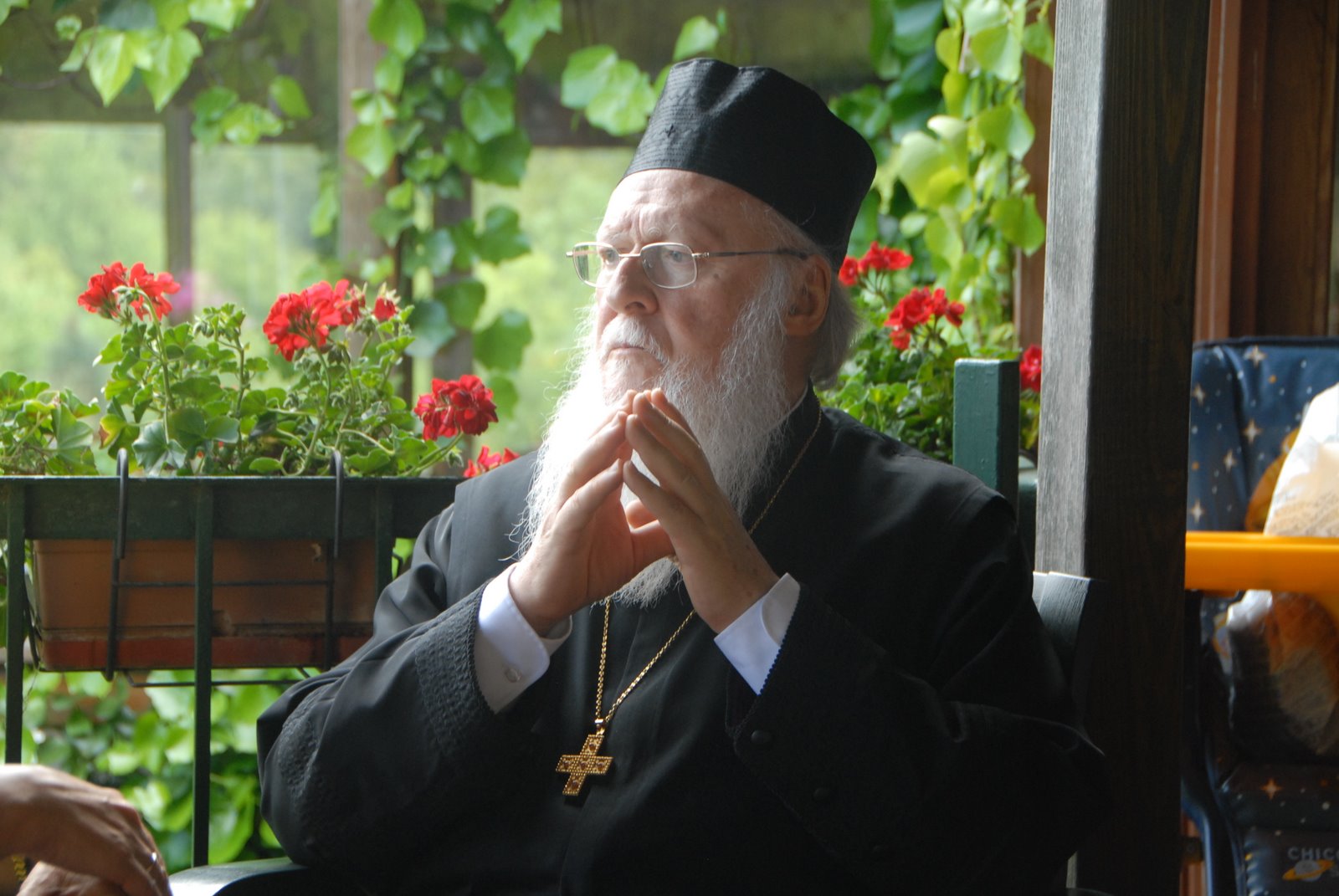 Professor Nazir Ayad, Professor of Faith and Philosophy at the College of Islamic Studies at Al-Azhar University. Secretary General of the Islamic Research Academy of Al-Azhar.

Representative of His Eminence the Grand Imam of Al-Azhar. 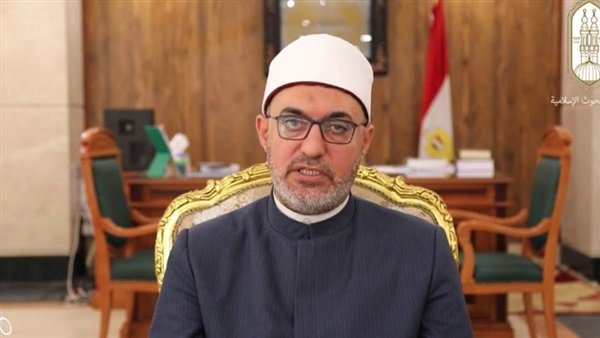 Cheng Yen founded the Buddhist humanitarian organisation, the Tzu Chi Foundation in 1966. Cheng Yen is sometimes referred to as the “Mother Theresa of Asia”. 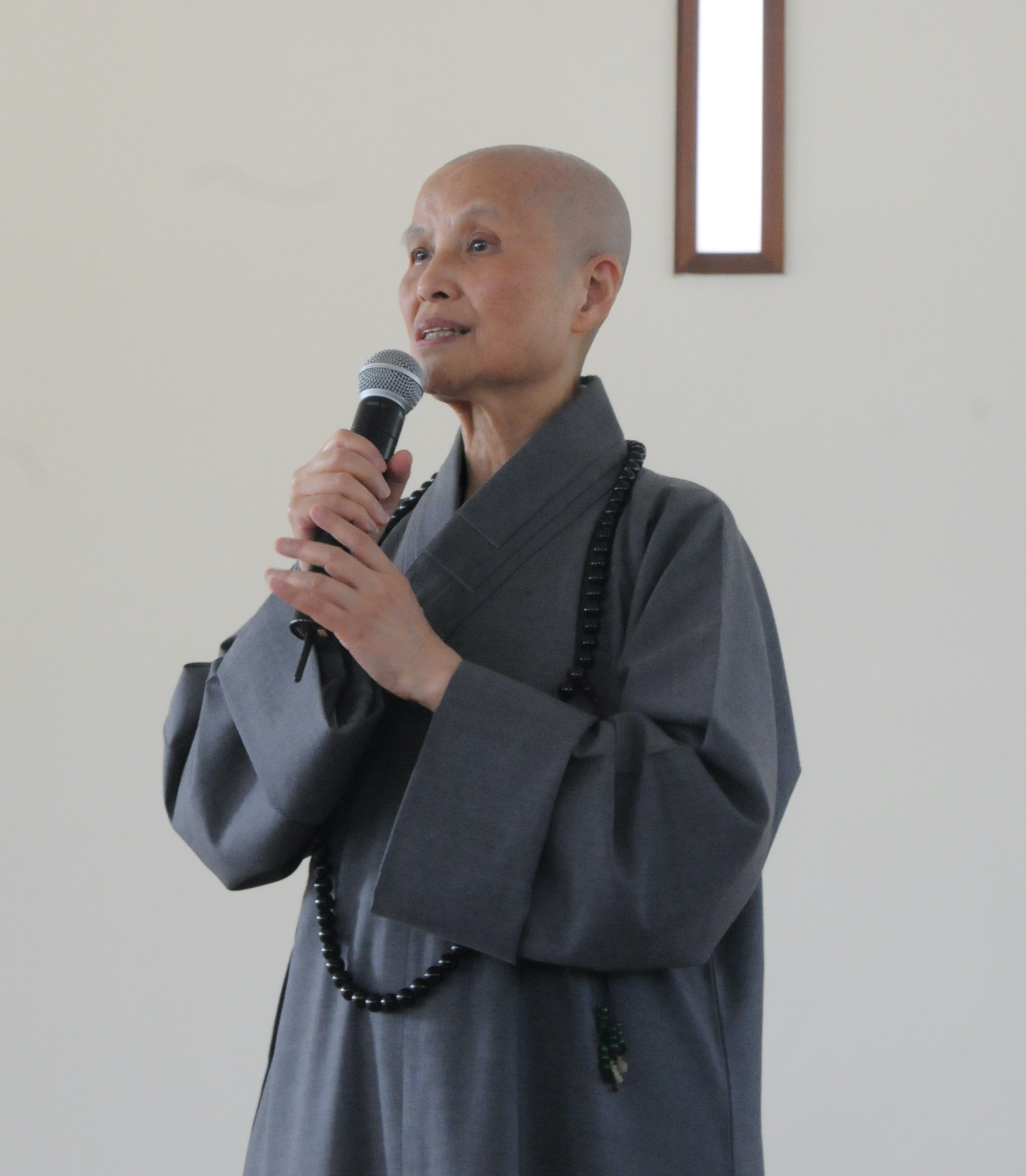 He is considered by some as the second most senior Shia cleric.

Grand Ayatollah al-Modaressi is the author of many books on theology, historiography, philosophy and social science and his call for peace and human dignity is very significant. 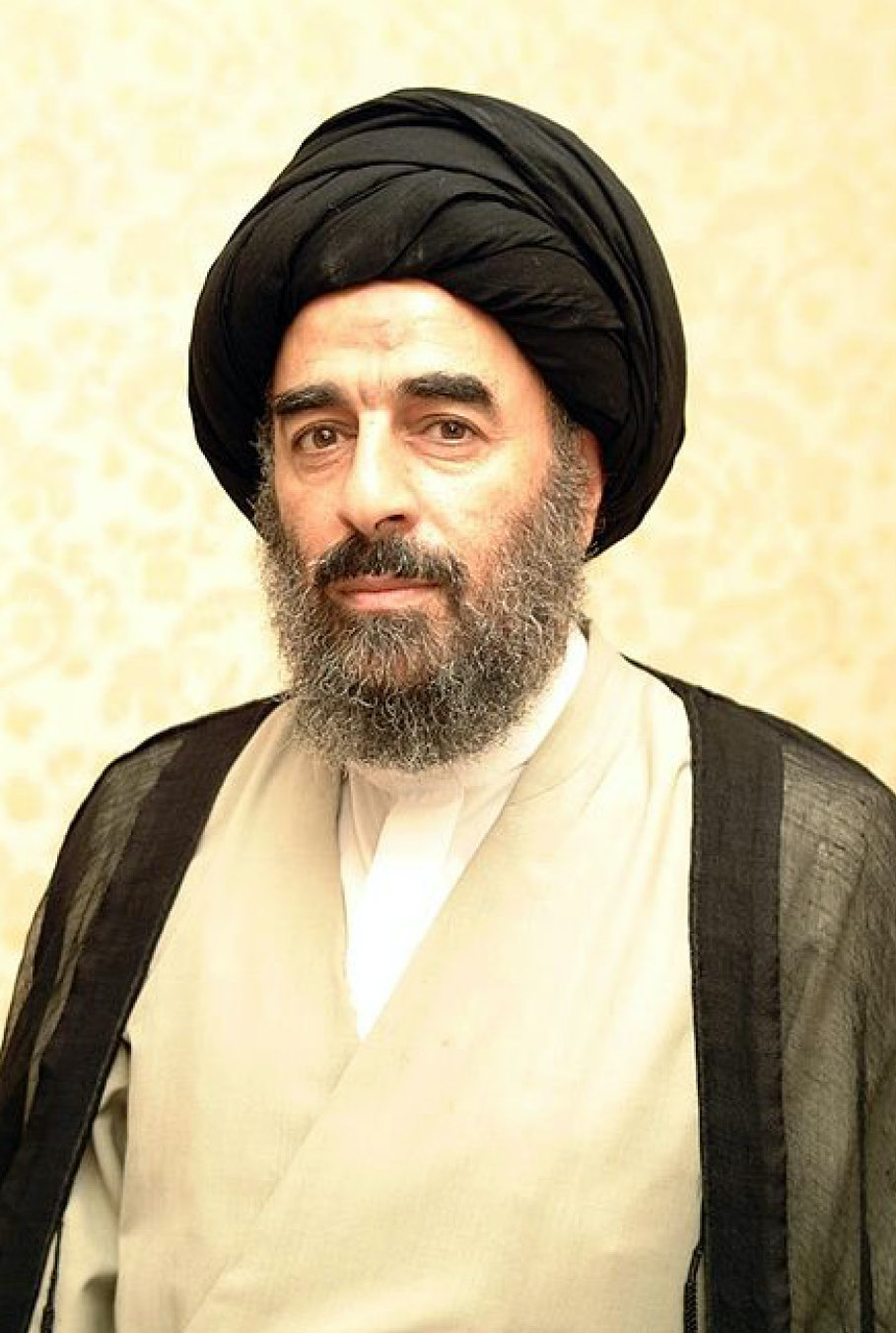 Agnes M. SIgurðardóttir is the presiding bishop of the Evangelical Lutheran Church of Iceland, was elected in 2012 and is the first female bishop in Icelandic church history.

Bishop Agnes has focused on the humanitarian role of the church with support for refugees and children in need. She has acknowledged and supported interreligious dialog as an important part of modern society that we live in. Bishop Agnes has been leading the Icelandic Lutheran church into environmental action and has started Green church action and restoration of the wetland on church property. 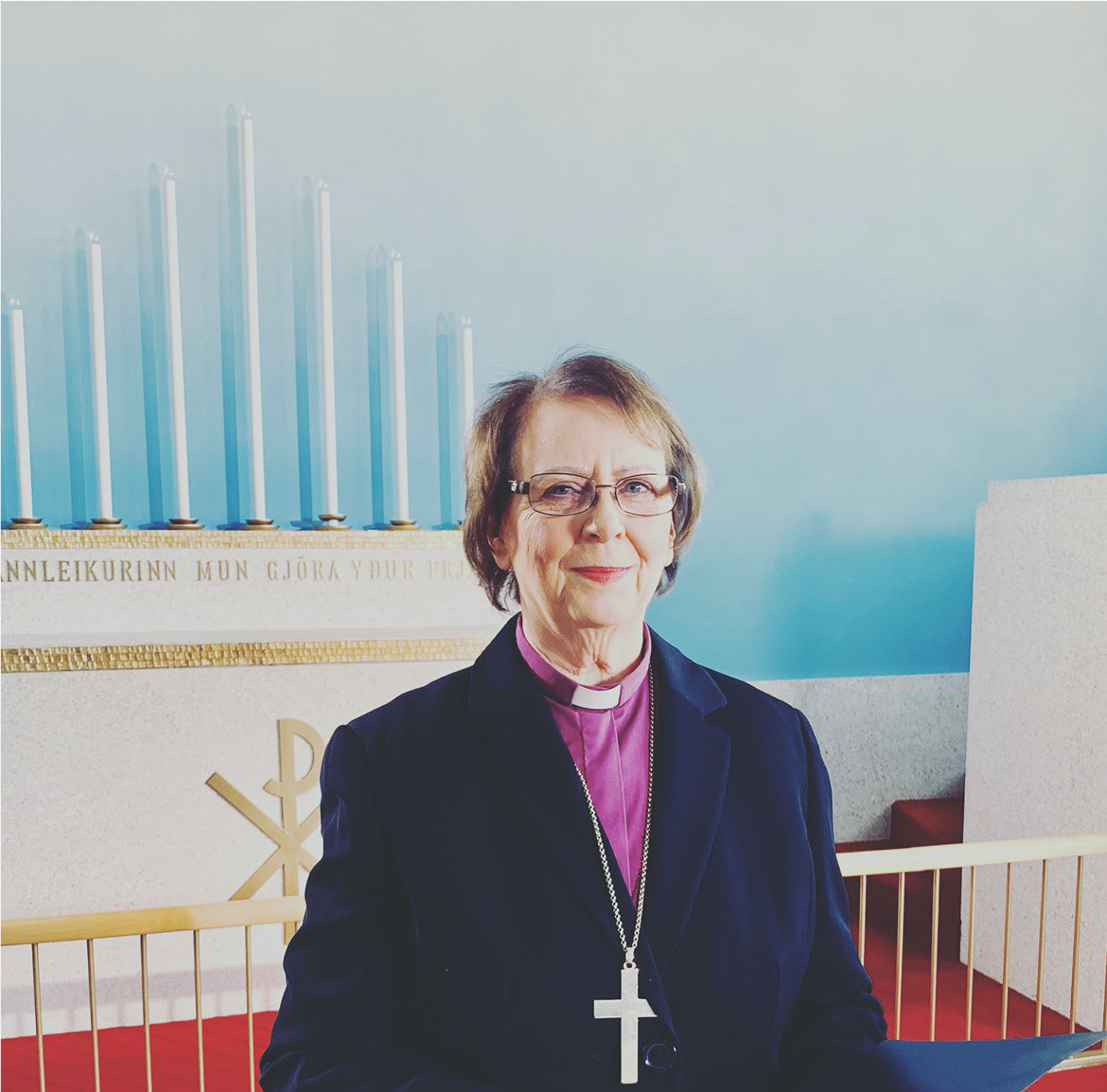 His Holiness Radhanath Swami is an American guru of the Hindu movement Gaudiya Vaishnava. He has been a Bhakti Yoga practitioner and a spiritual teacher for more than 40 years and serves as a member of the Governing Body Commission of the International Society for Krishna Consciousness (ISKCON). Radhanath Swami is an activist and community builder and founder of Govardhanecovillage,a UNEP recognised NGO.Radhanath Swami has a strong global influence and has been globally honored for his humanitarian deeds. 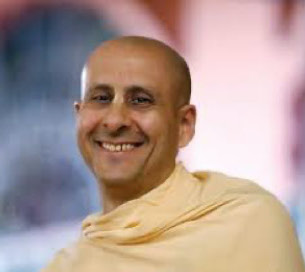 Sister Jayanti Kirpalani is European Director of Brahma Kumaris Europe and Middle East. She has been an emissary for peace, travelling the world as a speaker and broadcaster and has worked tirelessly to promote positive, human and spiritual values to all sectors of society. She has undertaken extensive research into the role of spiritual values in world change.

Since 2009, she has led the Brahma Kumaris delegation to the UN Climate Change Conferences and spoken internationally about the spiritual perspectives relevant to climate change. 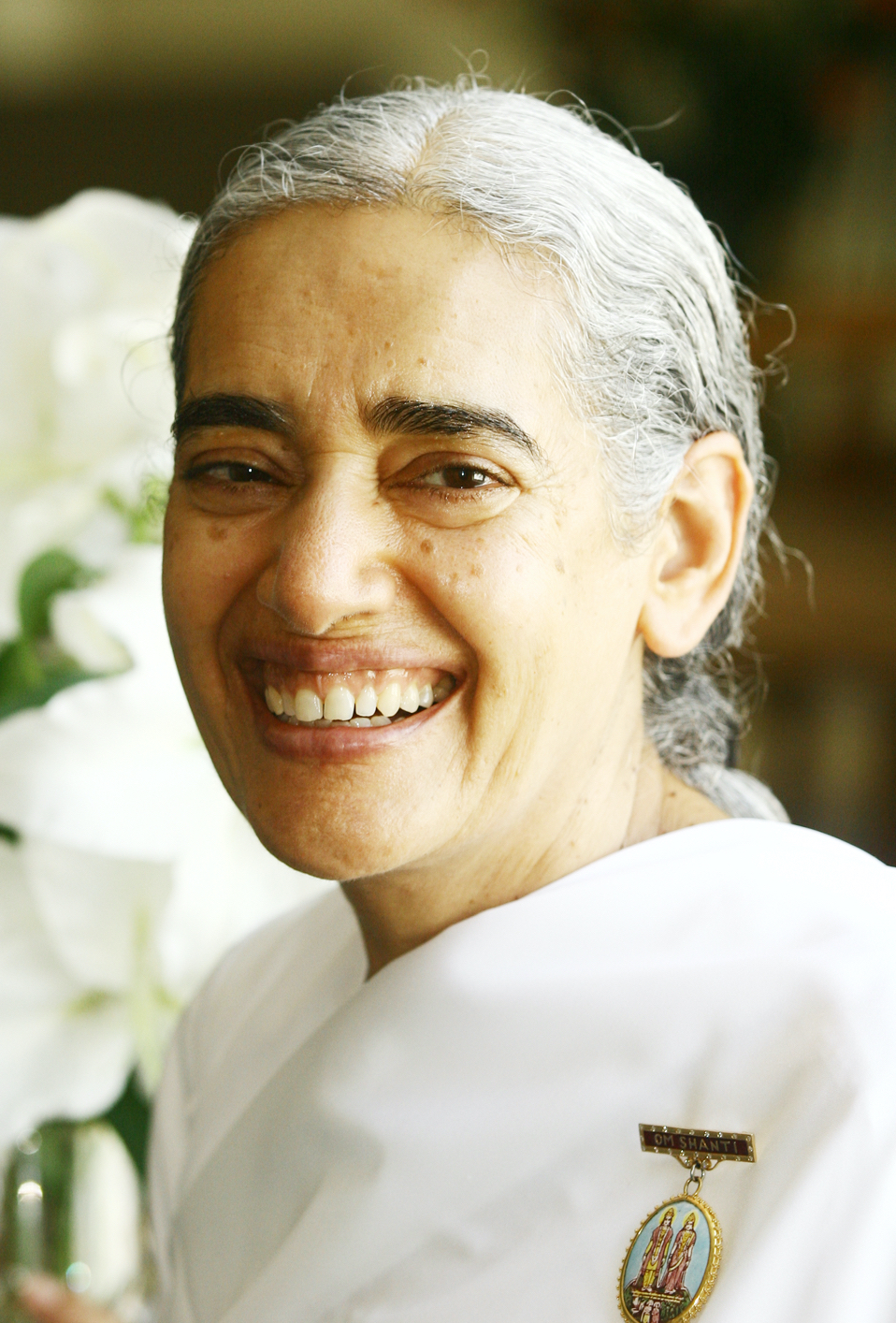 Rev. Dr Martin Junge is General Secretary of the Lutheran World Federation. Under his leadership since 2010, the LWF has grown to be a communion of 148 Lutheran churches in 99 countries.

During his tenure the LWF’s commemorated the 500th anniversary of the reformation, jointly hosting a global commemoration with Pope Francis, set a gender justice policy for the global communion, strengthened its partnership with UNHCR, and grew its humanitarian and development work to serving more than 2 million refugees and displaced people in 28 countries. As part of this global outreach, he has promoted closer ties with other faith-based organizations. 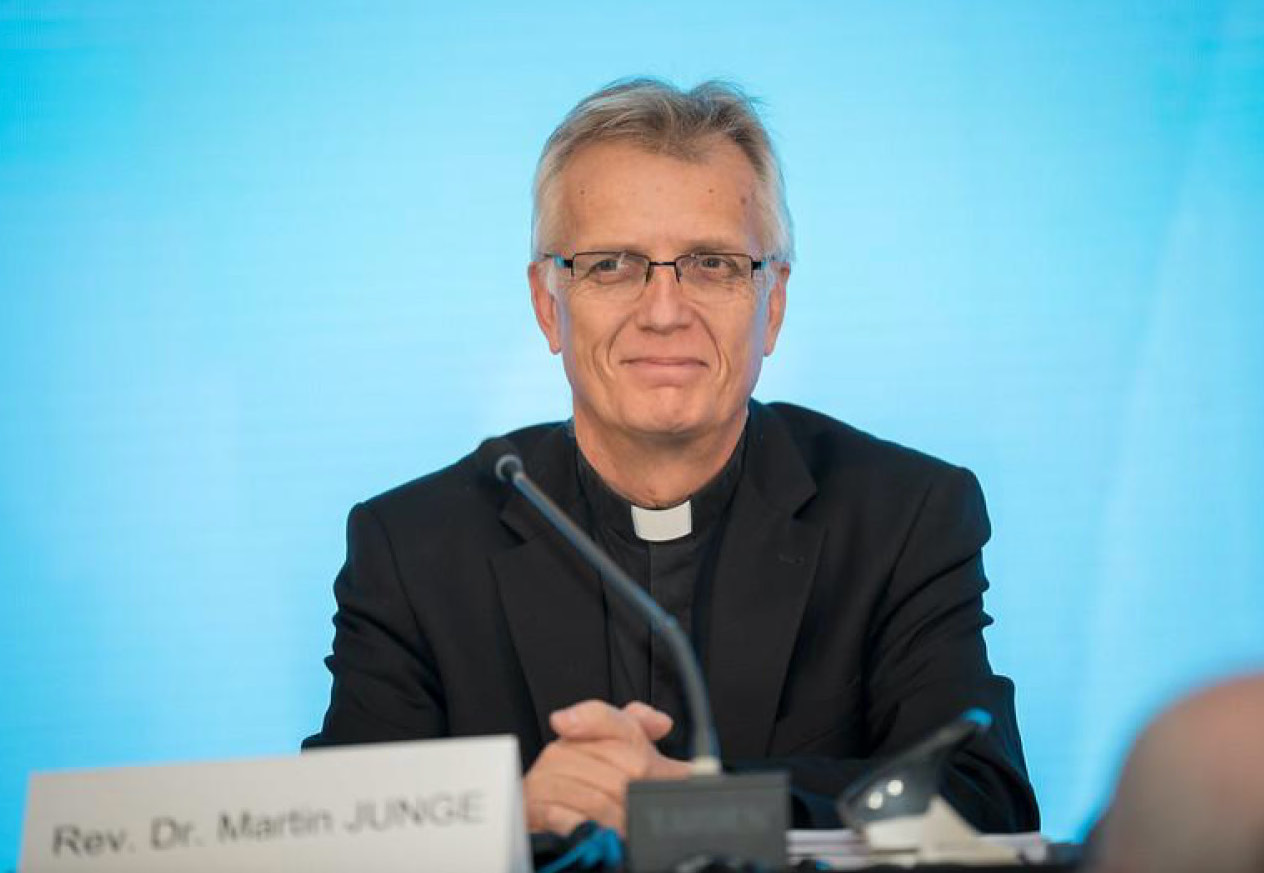 Rabbi David Rosen is the former Chief Rabbi of Ireland and currently serves as the Jerusalem-based Director of International Interreligious Affairs at the American Jewish Committee.

He is a member of the Chief Rabbinate of Israel’s delegation for relations with world religions and is International President of Religions for Peace; Honorary President of the International Council of Christians and Jews; and the Jewish representative on the Board of Directors of the King Abdullah International Center for Interreligious Dialogue.  He has received numerous awards and recognitions for his work for inter-faith relations and human rights, including the Papal honorary title Knight of the Order of St Gregory the Great (KSG) and Commander of the Most Excellent Order of the British Empire (CBE). 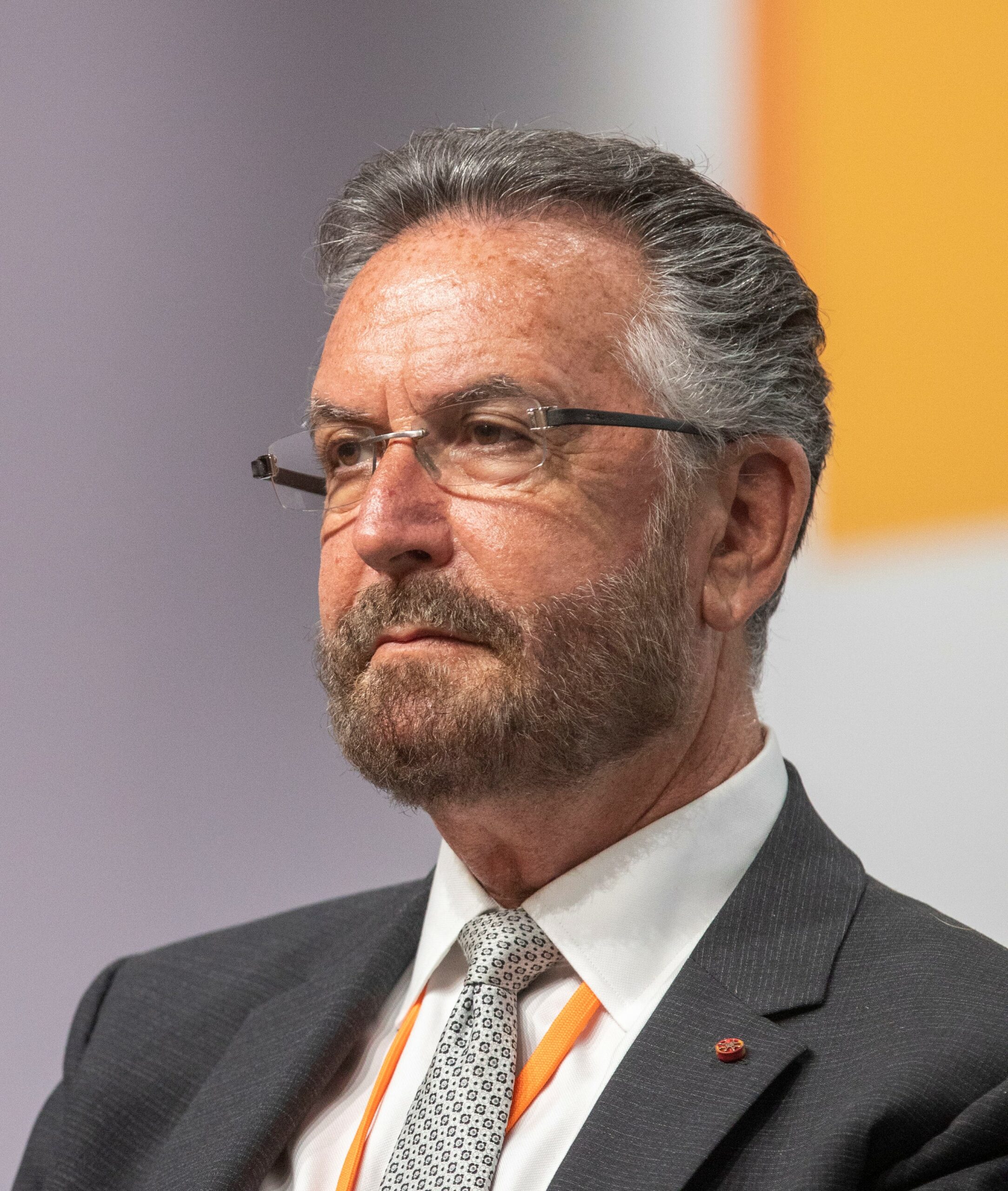 Bani Dugal is the Principal Representative of the Bahá’í International Community to the United Nations. She is currently Co-Chair of the Multi Faith Advisory Council to the UN Inter Agency Task Force for Religion and Development and is a co-president and member of the World Council of Religions for Peace. She previously served as President of the NGO Committee on Freedom of Religion or Belief and Co-Facilitator of the Faith and Feminism Working Group. She has participated in many high-level events, including: Global Conference of Human Fraternity in the U.A.E. (2019) and the World Economic Forum (2005, 2015-2019). 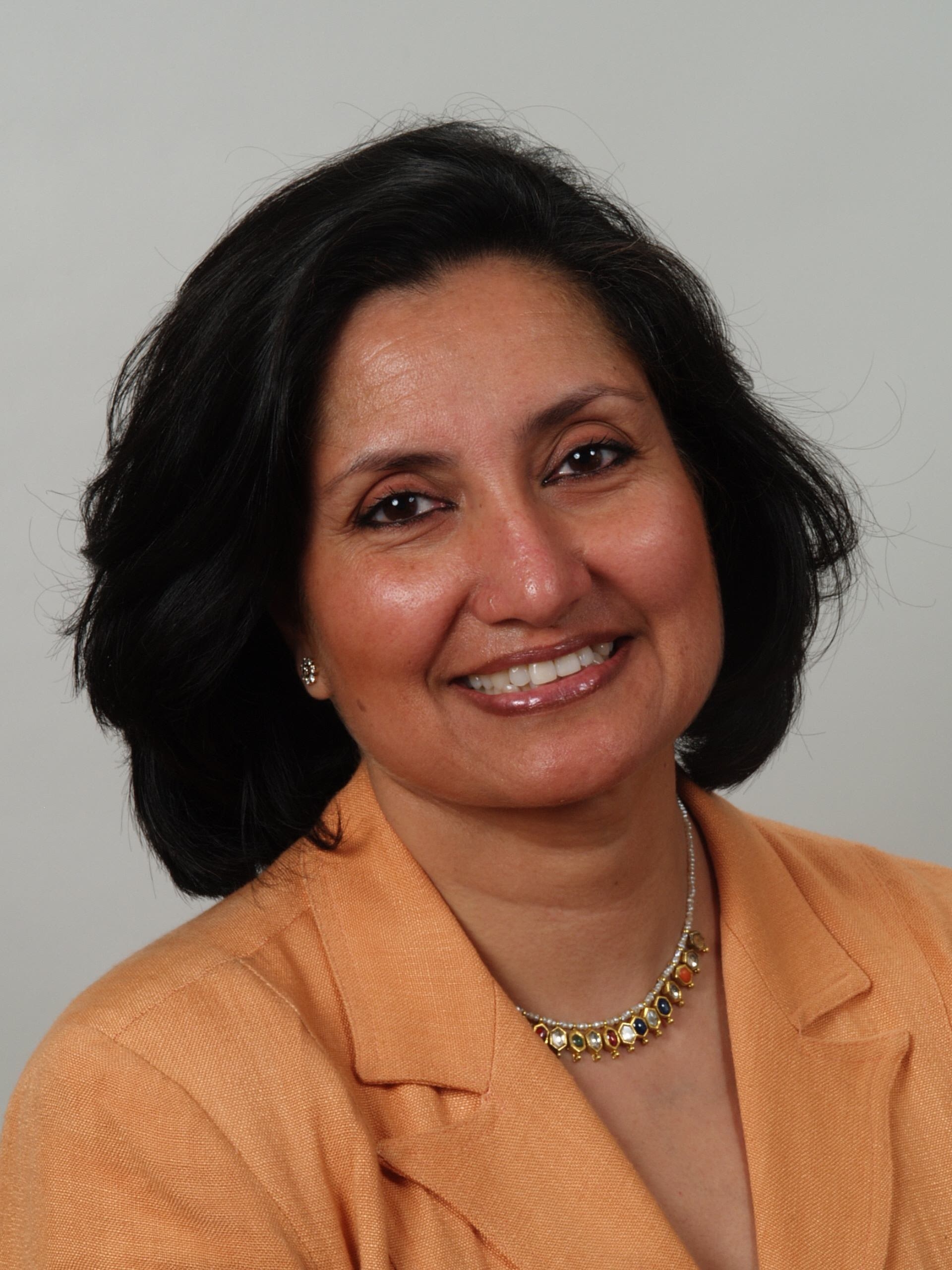