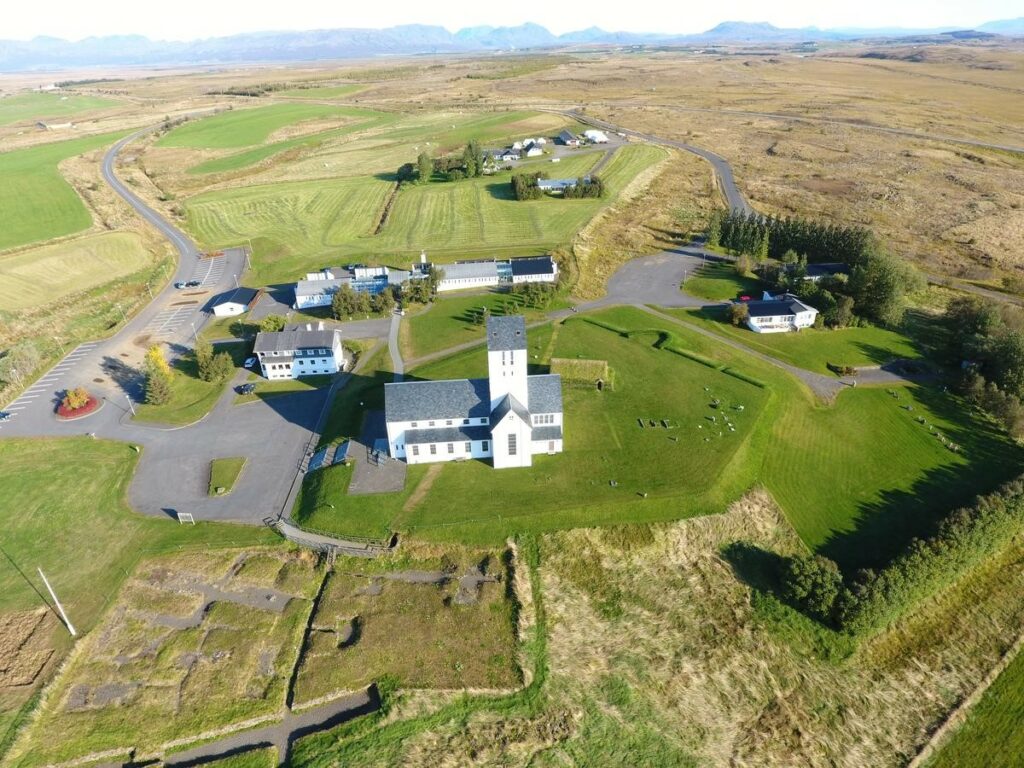 Skálholt has been the venue for many peace, justice and climate seminars. In 2019 the Skálholt-seminar on Faith and Community Engagement for the SDG‘s, joined land-care scientists and church-leaders with UNEP and environmental authorities in Iceland. The seminar also prepared an active participation in the Arctic Circle Assembly of that year in Reykjavík. Now it‘s time for Skálholt II with an international discussion, viral and in person, on Interfaith Action for Nature, linked to the plans of constituting a Faith for Earth Coalition worldwide.
Iceland’s first official school, Skálholtsskóli (now MR in Reykjavík), was founded at Skálholt in 1056 to educate clergy. In 1992 the seminary in Skálholt was re-instituted under the old name and now is presently run as the Church of Icleand‘s center for culture, education and pilgrimage and as a retreat.

Skálholt as the capital of Iceland

Skálholt in southern Iceland is one of the country´s most important historic sites. Christianity was made the official religion of Iceland by law in the year 1000 A.D. The country’s first bishop, Ísleifur Gissurarson, ordained in 1056, made Skálholt the episcopal see of all Iceland (until another episcopal see was created in Hólar in 1106 AD). It became a center of culture and education for more than 700 years. Of the bishops residing there in the middle ages, Þorlákur Þórhallsson (bishop 1178-1198), Iceland’s only saint, is worth mentioning. People came on pilgrimage from all corners of Iceland to visit his relics in Skálholt. During those times huge wooden cathedrals were built there. 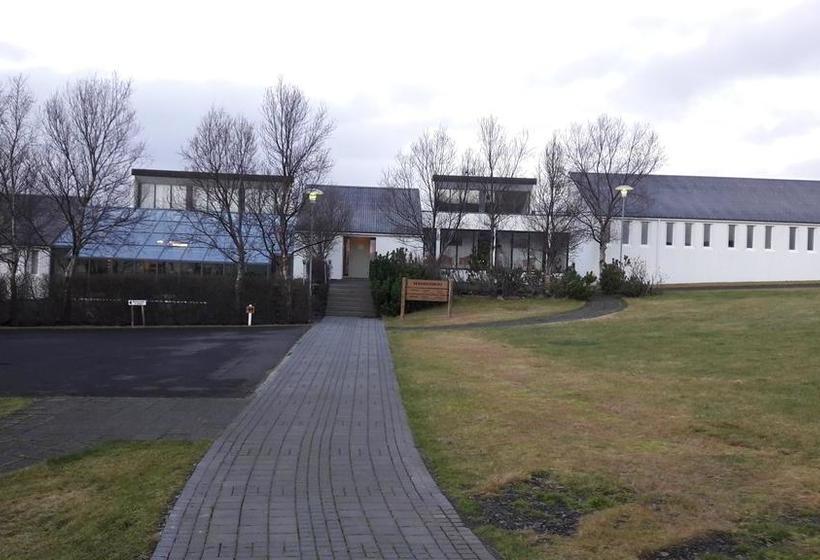 Under Danish rule, during the mid 16th century, Icelanders converted to Lutheranism. During those turbulent times the last Catholic bishop (of Hólar) was executed in Skálholt. A more happy event was the translation of the Bible into Icelandic, which was started in secrecy in the cow stall of Skálholt. One of the best known and most influential bishops of Skálholt after the reformation was Brynjólfur Sveinsson (bishop 1639-1674), highly respected for his learning and collecting old Icelandic manuscripts. He had a wooden church built at Skálholt, approximately the same size as the present Cathedral. It is evident that all ten churches built in Skálholt stood on the same basic foundations.
For centuries Skálholt was the actual capital of a rural society and the cultural and spiritual center of the country (together with Hólar in the North), figuring eminently in the cultural and church history. But after waning status of the bishop’s office, volcanic eruptions, a major earthquake and other disasters in the late 18th century the episcopal see and school were transferred to Reykjavík. Skálholt fell into disrepute.

The Cathedral and the School

In the mid-20th century Skálholt rose from ashes, due to its historical significance. The modern cathedral was consecrated in 1963. The current cathedral at Skálholt is relatively large in comparison to most Icelandic churches; its span from door to apse is approximately 30 meters. Some of its predecessors were even longer, reaching up to 50 m in length. The new cathedral was built from 1956 to 1963 as a part of the millennial celebrations of the episcopal see.
It is well known for its works of modern art, as well as for artefacts from previous churches on the site. In the crypt is an exhibition from the National Museum, including the sarcophagus of bishop Páll Jónsson (bishop 1195-1211), unearthed in 1954. Since then archaeological excavations at Skálholt have revealed many interesting findings that can be seen and studied there.
Iceland’s first official school, Skálholtsskóli (now MR in Reykjavík), was founded at Skálholt in 1056 to educate clergy. In 1992 the seminary in Skálholt was re-instituted under the old name and is presently run as a center for culture, education and pilgrimage and as a retreat.
Skálholt also receives many visitors each year. Hospitality is a branch of Skálholtsskóli’s work and visitors can stay in its dormitories, single rooms, and cottages. Many cultural events such as concerts are held in Skálholt. Foremost of these is the Summer Concerts program in July, in which prominent classical musicians, choirs and other musicians are invited to perform. 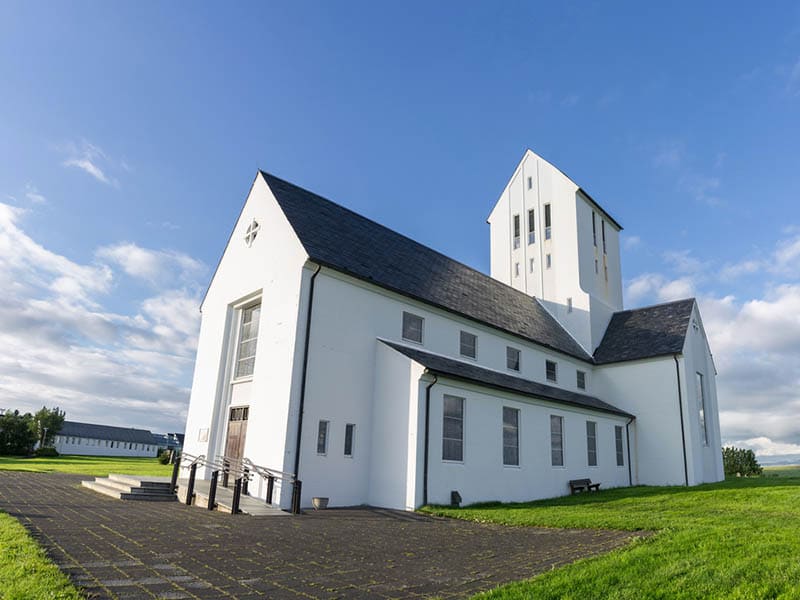